The National Ayrshire Show will return to UK Dairy Day for a third year as part of the fantastic cattle show drawing breeders and competitors from across the UK.   The event will also host the National Holstein Show, National Brown Swiss Show as well as showing classes for the Dairy Shorthorn, Guernsey and Jersey breeds.

For 2019 the Ayrshire Cattle Society of Great Britain and Ireland are delighted to announce the judge of their prestigious national show as Gilmour Lawrie.  Gilmour Lawrie is married to Caroline and farms in partnership with his brother Jim, milking 600 cows under the Brieryside prefix in South Ayrshire on two modern dairy units. Gilmour and Jim manage one unit at Monkton, near Prestwick and Gilmour’s son Kevin manages the newest unit near Maybole.  1500 acres are farmed altogether with around 400 acres of cereals.

Brieryside Ayrshires are one of the longest established Ayrshire herds in the world with the first records of registered stock in 1876, making the Brieryside prefix world renowned! So much success has come from generations of solid cow families and from generations of great stock men and women in the Lawrie family.

Show success over the years has been prolific through each generation of the Lawrie family. Gilmour’s proudest and most memorable successes were winning the Interbreed Dairy Champion at the Royal Highland Show on two occasions, and then at Agriscot in 2012 when he won both the Super cow and Super heifer titles.

Gilmour has judged Ayrshires all over the United Kingdom over the years at both county and national level along with many Interbreed championships and competitions. The Great Yorkshire, Royal Welsh, Royal Balmoral and the All Breeds All Britain Calf Show are just a few to mention.

Gilmour held the prestigious position as President of the Ayrshire Cattle Society of Great Britain and Ireland in 2016 after spending several years on the Council of the organisation. Currently Gilmour is the Business Co-Ordinator for the Society.

Ayrshire Cattle Society Breed Manager, Duncan Hunter comments “We are thrilled that Gilmour has accepted our invitation to judge the 2019 National Ayrshire Show which will again be held at UK Dairy Day. The previous two National shows held at this event have been a huge success with breed classes excelling in both numbers and quality. The venue and facilities are the best in the UK and the show lends us a platform for us to promote ourselves both in the UK and overseas”.

Formed in 1877, the Ayrshire Cattle Society of Great Britain and Ireland is a forward thinking, highly motivated breed society dedicated to keeping the Ayrshire at the forefront of modern dairying. The Ayrshire cow is becoming ever more popular as an alternative breed due to her excellent foraging ability and economical milk production.

The Ayrshire Cattle Society is responsible for all ancestry recording in its computerised Herd Book and along with other breeds uses the data and services of NBDC for type classification with the results contributing to linear proofs and type analysis for individuals as well as the whole Ayrshire population. It is also responsible to protect the heritage of the breed through its Breed Heritage programme.

Lynden Bustard, UK Dairy Day Cattle Show Manager and Chief Steward, concludes; “UK Dairy Day is delighted to welcome The National Ayrshire Show to UK Dairy Day for a third year. The Cattle Show is a major part of our event and the support last year from Ayrshire breeders and competitors was fantastic.  With support from our sponsors, UK Dairy Day offers cattle entry free of charge which we hope will attract even more breeders this year. The calibre of cattle from all breeds is always outstanding and we know UK Dairy Day 2019 will be a parade of spectacular cattle.” 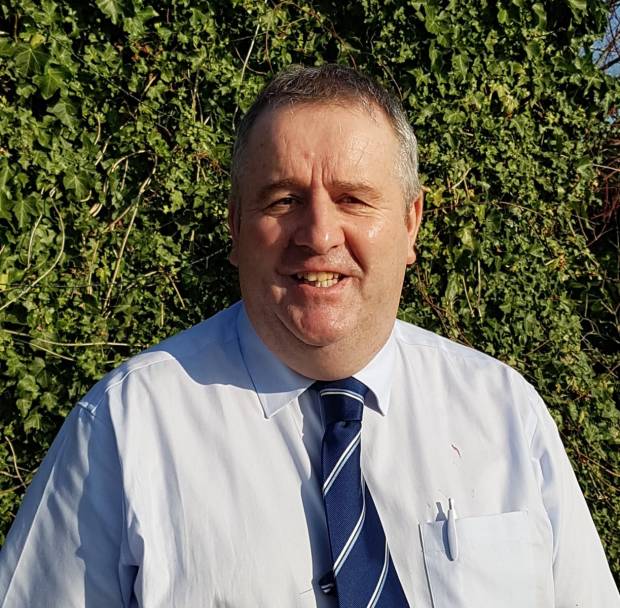