The Ayrshire section at the 12th annual Multi-Breed Dairy Calf Show was judged by Peter Berresford who runs the 140 cow Heydale herd based at Buxton, Derbyshire.  “Thanks to the Ulster Ayrshire Club for inviting me back to the province to judge its annual calf show. The standard has been excellent in all classes, and I have thoroughly enjoyed the day.  “There were some outstanding handlers in the showmanship classes, while the calf championship boasted three exceptional calves, anyone of which I would be proud to have at home.”

Winner of the supreme overall championship was Ardmore Orphan 117, a six-month-old heifer bred by the father and son team of John and Michael Hunter, who run 130 cows at Crumlin, County Antrim. Sired by Nexus Dreamer, she is bred from the EX 93 Ardmore Orphan 95 – breed champion at the 2011 RUAS Winter Fair, and 2013 Balmoral Show champion.  “The champion is a super calf, and very correct. I admired her depth of rib, style and cleanness of bone. She shows great potential for the future.” 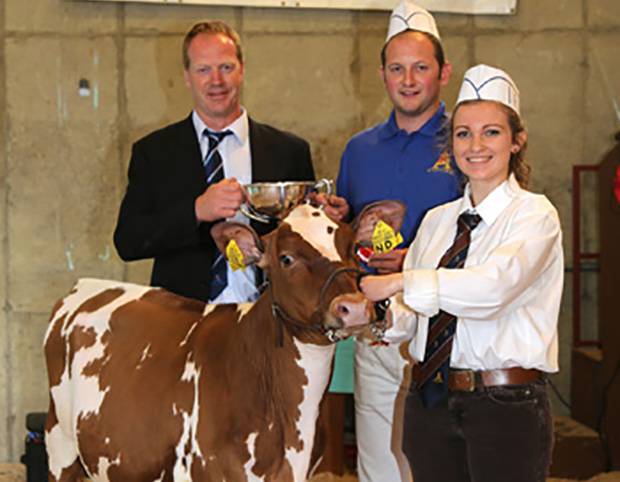 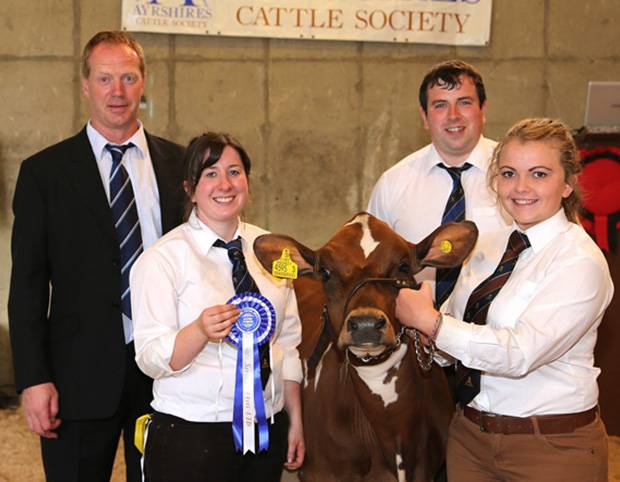 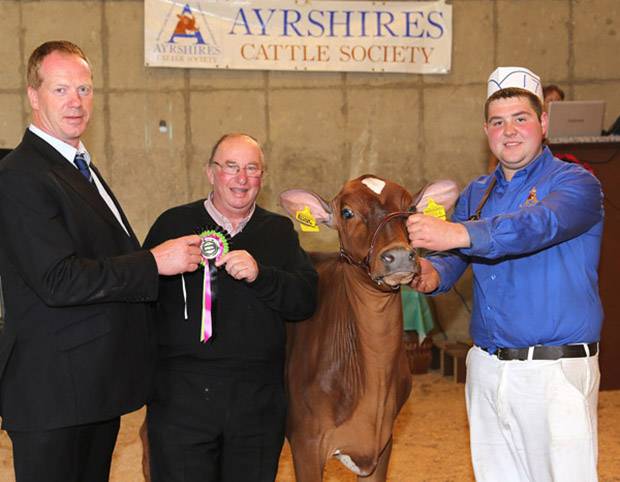 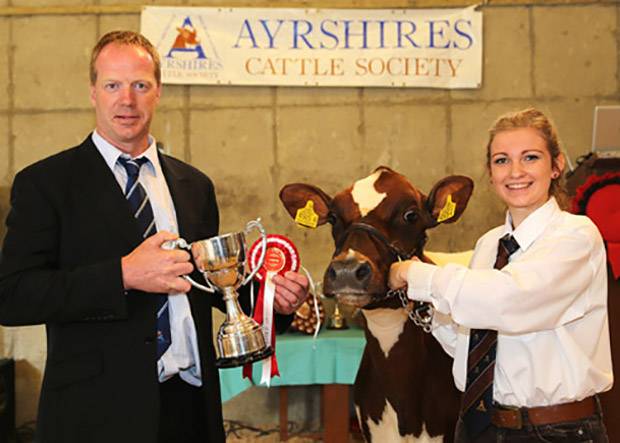 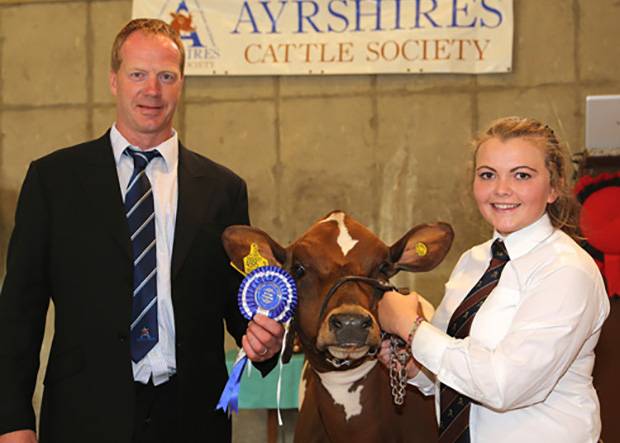 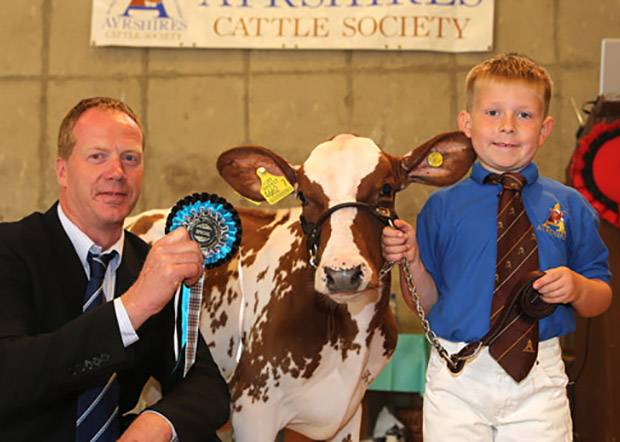 Top honours in the showmanship section went to Sarah Jones, Ballymena, with her sister Rebecca securing the reserve championship award. Their six-year-old cousin Cameron Carson collected the honourable mention award. “The standard of showmanship has been very high, with six excellent handlers competing in the championship line-up. There wasn’t much between the top two competitors. “I was particularly impressed with young Cameron Carson. He is outstanding for his age, and shows great potential. I’m sure he will be a winner in the future,” concluded the judge. The top three showmanship competitors were all trained by Karen Carson from Ballymena.

Results from the Ayrshire classes include: