Crown Ray is now in her 7th Lactation, producing 50kgs a day and has given over 60,000 kgs in her first 6 lactations.

She has been a stalwart of the Cuthill Towers show team for many years with her biggest success being crowned Champion at the National Ayrshire show in 2015.

Congratulations to the Lawrie family for this achievement. 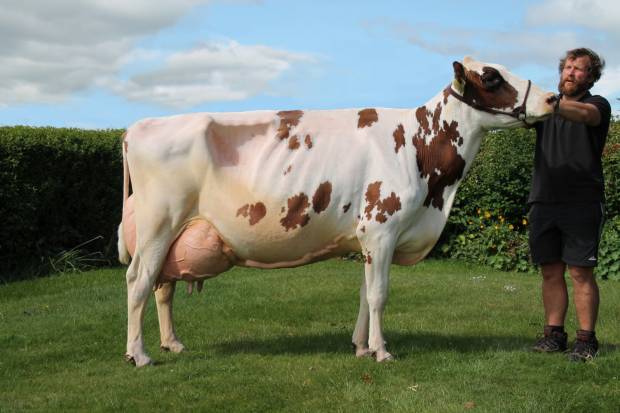